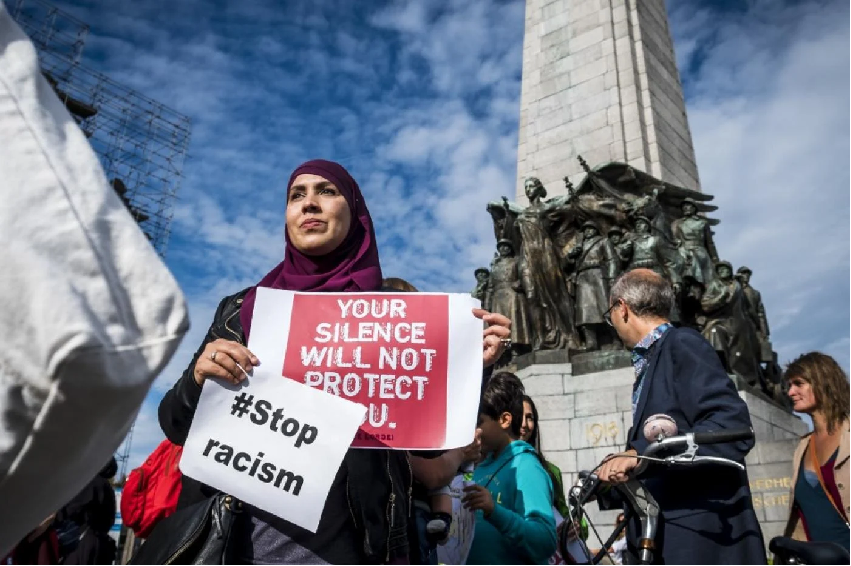 Between September 17 and 19, the seminar titled Educational responses to Islamophobia and intolerance against Muslims in Europe was held in Budapest. Which FUNCI participated and was attended by numerous young people from different latitudes.

This seminar was framed, on the one hand, in the ” No Hate Speech Movement” of the Council of Europe (CoE), which aims to mobilize citizens, especially young people, against all forms of intolerance and, on the other hand, the seminar is included in the educational activities of the OSCE/ODIHR to combat discrimination against Muslims in Europe.

The objective of the first day of the seminar was to explore the causes, forms, and manifestations of Islamophobia in our societies. Hate speech encompasses any form of expression that justifies, spreads, incites, or promotes forms of rejection based on intolerance and discrimination. 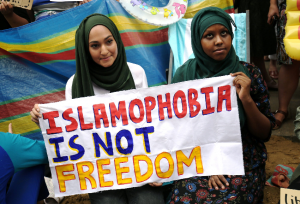 On the other hand, the visual becomes very important in Islamophobic attitudes, as shown by the tiresome debates in Europe about the veil or the minarets or the attacks against Sikhs in the United States; only because they are mistakenly perceived as Muslims. Due to the use of the turban. For this reason, we can affirm that Islamophobia is suffered more by women precisely. Because of the veil as a visual marker of identity.

The rejection of people we perceive as different and, specifically, the discrimination against Muslims for visually belonging to a group, often leads to the elaboration of racial characterizations or special vigilance over any minimum action of a Muslim.

There are six major stereotypes in European public discourse about Muslims:

Other fairly widespread stereotypes could be added. For example, all Muslims are violent and uneducated.

In this way, the denial of Islam and Muslims is often used to define a regional, national or European identity, in line with one of the traits of Orientalism, as defined by Edward Said: the use of the other Arab-Muslim for Europe to define itself in opposition to him. Argument widely used by the European extreme right.

Within the framework of the debates on multiculturalism in Europe. There have been many attempts to specify a definition of European identity. And it has been practically impossible to define some basic features. Thus, there has been confusion between Europe and the European Union. Therefore, a discriminatory attitude towards Muslims often involves confronting these principles with Islam and Muslims, as supposed representatives of the absence of democracy, human rights, and others.

The second day of the seminar focused on responses to Islamophobia from education in Europe. Specifically, familiarizing the participants with the materials and tools created by the CoE and OSCE/ODIHR.  A campaign focused on young people and the Internet that has an international network of activists (to which you can join) to raise awareness of these issues by mobilizing young people, detecting forms of hate speech online, supporting those who experience it, and reducing its impact. In this context, the CoE has prepared COMPASS.

The manual on Human Rights Education with Youth. On the other hand, Bookmarks is a specific manual to combat racism and xenophobia on the internet. Both are very insistent on the importance of understanding the boundary between freedom of expression. And hate speech include a wide variety of practical techniques, activities, and methods.

A mother and her son walk down the street. Her son de Ella says to her: “Look, mom, a black man”. She replies: “no, they are, he is not a black man, he is our neighbor”. This brief dialogue mentioned in the seminar sums up well the need to break down simplistic stereotypes about identity. And to get to know better people who apparently do not share our identity or culture. We must never forget that we were all born free and equal in dignity and rights.

You may also be interested in Structural Islamophobia. another glass ceiling 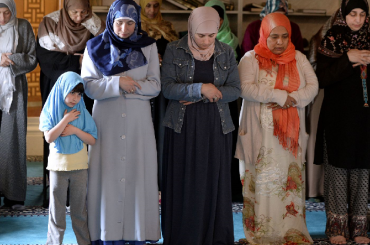